Resistors find many uses in electronic equipment, and are impossible to avoid in prototyping. Resistors are passive electronic components which have a specific, constant electrical resistance. The resistor’s resistance limits the flow of electrons through a circuit. Commonly resistors are used to limit current, divide voltages, and pull-up of communication lines.

Resistors have two important properties (for other properties see datasheet). 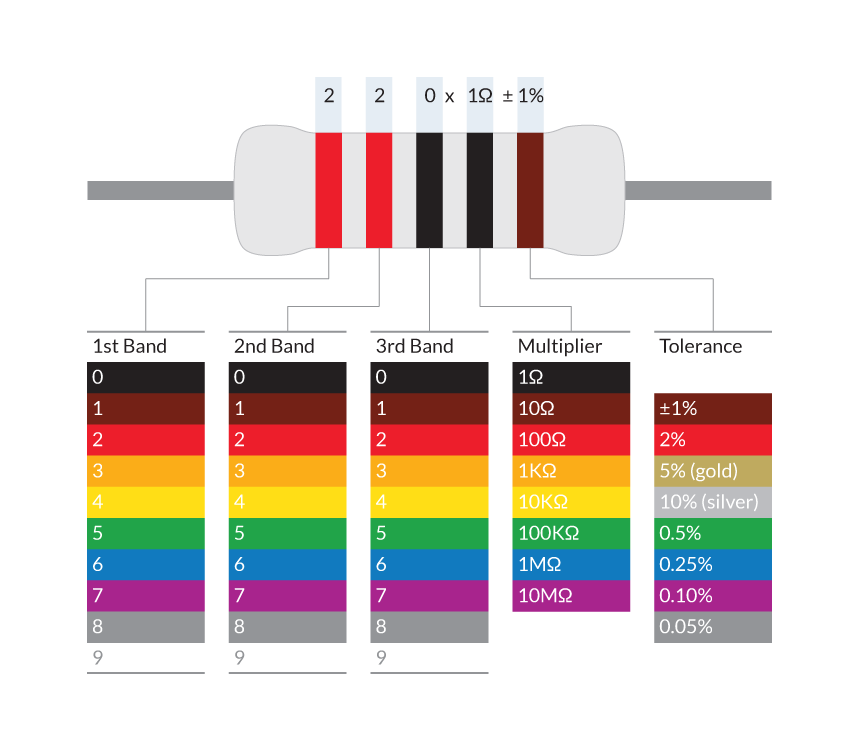 The power rating of resistors can be derived from the physical package size of the resistor. Standard resistors usually have ¼W or ½W power rating.

The lower the value of a resistor, the more current it will pass and the more power will be dissipated.